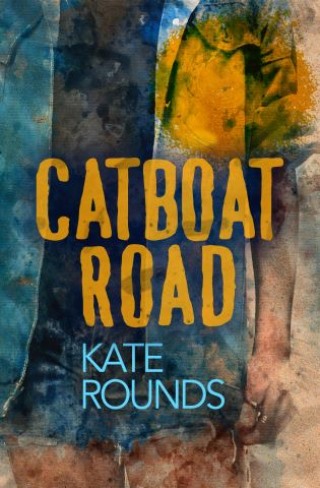 Catboat Road is the smart, sexy, quirky novel we all need right now—think of it as a queer version of The Graduate meets Catcher in the Rye by way of Schitt's Creek.

1) LOVE + SEX + TRADITIONAL VALUES = AN EXPLOSIVE COMBINATION: A teenager falling in love with their best friend's saucy mom is awkward.  A teenage lesbian having a torrid sexual relationship with their best friend's saucy mom is a serious taboo. Doing both in a small, conservative seaside community cut off from the rest of the world is a recipe for a social disaster of epic proportions. Or, is it?

2) THE VOICE BEHIND THE GREAT FEMINISTS OF OUR GENERATION: Kate Rounds (she/her) cut her teeth at Ms. Magazine, where she was Gloria Steinem’s editor—spending years in the orbit of great feminist writers, artists, and thinkers. From there she became the Executive Editor of the Planned Parenthood Federation of America and was the speechwriter for both Cecile Richards and Gloria Feldt—a job that connected her with stellar activists and brave advocates for women’s health and safety. While “Kate Rounds” might be a new name to fiction readers, her voice has been heard through the great feminists of our generation.

Kate Rounds: KATE ROUNDS is a veteran journalist who grew up on the Massachusetts coast and lives in Jersey City without a cat.