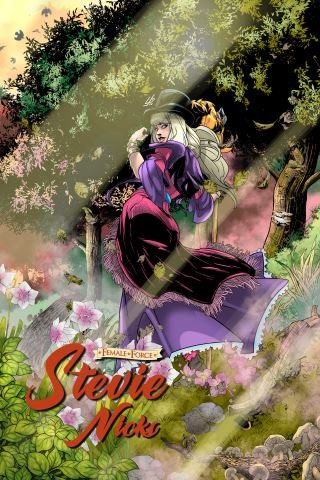 Rolling Stone named her the “reigning queen of rock and roll” and named her one of the 100 greatest songwriters of all time. She’s been honored by the Rock and Rock Hall of Fame – twice, received eight Grammy nominations, and won two as a solo artist and one with her band, Fleetwood Mac. Stevie Nicks’ passion and unrelenting drive to succeed as an artist are explored in this new comic book from TidalWave Comics. After reading it, we think you’ll agree that Nicks is a “Female Force.”