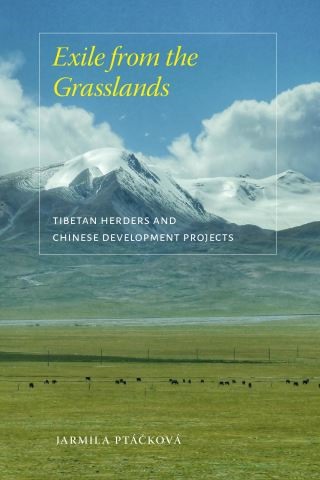 Exile from the Grasslands

At the beginning of the new millennium, the Chinese government launched the Great Opening of the West, a development strategy targeted at remote areas inhabited mainly by indigenous ethnic groups. Intended to modernize infrastructure and halt environmental degradation, its tactics in western China have resulted in the displacement of pastoral Tibetans to urban residence and sedentary livelihoods, causing massive social and economic shifts and uncertainty and eventually leading to signs of discontent in ethnically Tibetan regions.

Based on more than a decade of fieldwork, Exile from the Grasslands documents the viewpoints of both the people affected—Tibetan pastoralists in Qinghai Province—and the Chinese officials charged with relocating and settling them in newly constructed housing projects. As China’s international influence expands, the welfare of its ethnic minorities and its handling of environmental issues are receiving close media scrutiny. Jarmila Ptáčkova’s study documents a politically and ecologically significant process that is happening—unlike events in Lhasa or Xinjiang—largely outside the view of the wider world.

Jarmila Ptáčková is a researcher at the Oriental Institute of the Czech Academy of Sciences.