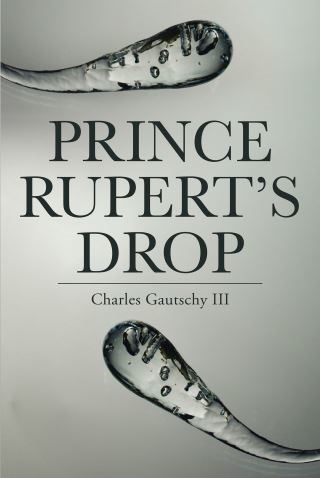 Prince Rupert's Drop book presents a timeless plot. An atheist sets out on a journey to disprove God's existence. Things don't turn out exactly as planned. The book's central character, Rupert Austin, plays both antagonist and protagonist in equal measure. The former as a dark and disturbed boy with no empathy, no compassion, no love, and no guilt for any of it. Rupert has only one emotion, fear, and from there, fear's timeless bedfellow, hate. You see, Rupert is a severely autistic multiple savant. He's statistically one out of ten billion since the dawn of man. A child that talks at birth, won't feed from the breast, won't open its eyes, covers its ears, and lashes out to communicate displeasure because it can't stand the noise of its own voice. Such a child would die on its own of starvation, be culled as weak, or be persecuted as a witch/demon. But most importantly, if the child survived long enough to get the strength, Rupert's lot would kill itself. Every single time… The setting is in the mid-twenty-first century. It's the time of a sweeping American revival called the Wildfire. Outside America, the world is literally in flames due to massive uprisings of isolated ghettos. We follow Rupert through high school. He shuns a loving mother and is manipulated by an abusive father. He is adopted by a classmate to be protected and tamed. She is largely successful until she unwittingly leads Rupert into an exorcism by a spin-off Christian cult. Rupert almost dies. Rupert seeks revenge. To get it, he will attempt to destroy the thriving mythology of a higher power. If you clip the tail, the head will die. Prince Rupert's drop. Rupert seeks out a partner for his proposed crime against humanity—Winchester Carnagie II, the richest man alive. Together they will exploit the world's most powerful computer. She's a sentient computer and performs heinous acts to achieve their goal, ridding man of God. The computer is narcistic and a sociopath. She has even less empathy than Rupert—in the beginning. But Rupert is asked a curious question during his rampage: "You a Judas, a Saul, or a Paul?" On the road to Damascus. This is a story about a doctor healing himself and not knowing it. On Rupert's misguided path, he's a coconspirator in horrific genocide, shameless execution, and a general disregard for life. That will change. Not only will the doctor heal himself; he will release a deluge on the world's inferno.