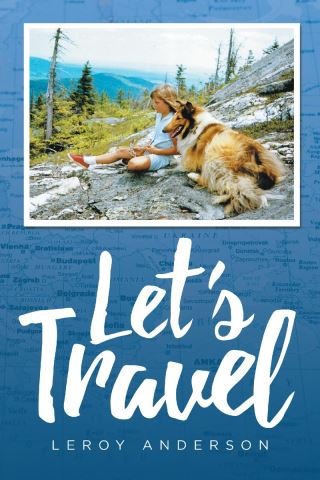 This unusual work is, in some respects, a sequel to the author's first work, Joie de Vivre, published by Page Publishing in 2016 and was designed to chronicle the author and his dear wife Claire's considerable European travels. Thus, the spectacular photos—in full color—are representative of their visits to Scandinavia, France, Germany, Italy, and Great Britain. Special attention is given to Norway, the home of Claire Andersons forbears; thus the reader will be treated to local scenes throughout the country with special attention given to coastal Norway aboard the cruise ship MS Polarlys on the cruise called Hurtigruten, billed as "The World's Most Beautiful Sea Voyage." Ever the historical bent traveler, Anderson recounts much German history during twin two-week voyages up the Rhine River. On one occasion, they docked overnight in Boppard, and conducted their own walking tour of the city. They were drawn to the glorious twelfth-century St. Severus Cathedral and, fortuitously, "bumped into" Herr Jacobs, the Cathedral organist. He led LeRoy and Claire up to the organ loft and treated them to a performance of Bach's "Prelude and Fugue in E minor." The Andersons' tour to Italy included a nice visit in the glorious Pantheon with its noted oculus and then in Navona Square, walking 'round Bernini's great "Four Rivers" fountain and concluding with glorious and relaxing alfresco dinners at Tre Scalini restaurant.