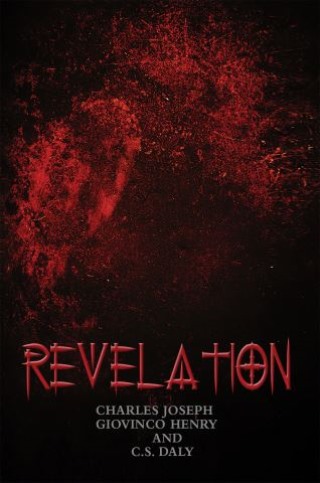 Forced into the underground by an oppressive global government, a brilliant engineer, Slade, has secretly developed the most revolutionary biotechnology mankind has ever known…but when he and his wife are brutally murdered, a vicious liaison of a hellish dimension tears Slade across space and time, damning him to a dark netherworld. Fooled into bartering his scientific knowledge for a second chance at life, Slade is forced to use that technology to survive his resurrection. Now, more a demonic machine than man, Slade must journey through the wilderness of the hell dimension in an unlikely alliance with demons. As he hones his skills to exact his revenge, he learns that the stakes are higher than he ever anticipated – he must prevent apocalypse at the hands of his power-hungry captor from the netherworld, whose traitorous plot supersedes even the evil designs of Hell’s rulers. The ultimate conflict explodes through the fabric of both dimensions. As man and demon spill blood and evil closes in from every quarter, can Slade learn to use his newfound strength, and hatred, to destroy his nemesis? In the midst of fighting for his life in the wilds of an alien dimension, Slade experiences revelations that throw into question everything that he thought he knew, thought he believed…thought he was. With his entire reality thrown into upheaval and the countdown to apocalypse looming, can Slade regain control of his shattered mind and altered body in time to find the truth and overcome the forces of destruction?

Charles Joseph Giovinco Henry: Charles is a software engineer by profession, and he enjoys sketching creature designs and writing. His designs and writings are typically the result of vivid dreams…most typically nightmares. C.S. Daly earned her B.A. from U.C. Berkeley and her M.A. from University of Leicester, working as a professional archaeologist, museum curator, and anthropology lab director until her love of education led her to her current vocation as a fifth grade science, history, and writing teacher. Her hobbies include various arts, archery, rock hunting, dance, reading, and pretty much anything that captures her interest. She and Charles have been married since 2008.