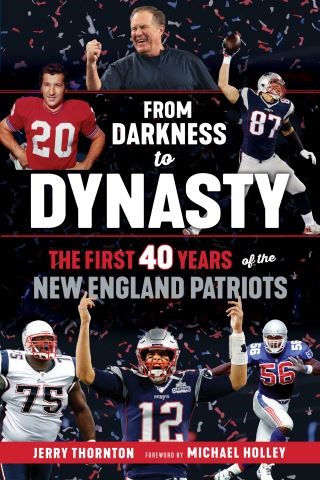 From Darkness to Dynasty

The First 40 Years of the New England Patriots

Long before the Patriots took the 21st century by storm and became the most dominant team in NFL history, pro football was something entirely different in New England, something comically atrocious and riddled with heartbreak. Before those juggernaut years of Bill Belichick, Tom Brady, and sold-out crowds at Gillette Stadium came a hapless franchise that managed only a single playoff victory in a quarter century and spent its entire first decade of existence just trying to establish a permanent home field (and even when they did, none of the toilets worked). In From Darkness to Dynasty, bestselling author Jerry Thornton irreverently chronicles those easily glossed-over, downtrodden decades--years when the team claimed more headlines for lawsuits, arrests, power struggles, drug problems, and inept, bizarre, behavior from players, coaches, and owners than for anything they accomplished on the field. Relive the behind-the-scenes dysfunction, the turmoil of prolonged irrelevance, and the improbable way the Patriots finally ascended to greatness. By turns hilarious and eye-opening, this is an essential history for fans and disparagers alike, and a pointed reminder that the best stories of triumph start with humble beginnings.