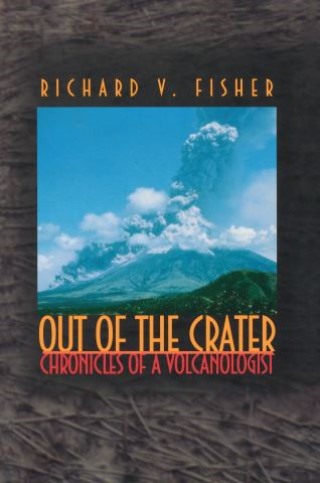 Out of the Crater

Chronicles of a Volcanologist

Volcanologists venture to treacherous volcanoes the world over in the pursuit of their science. They work around craters of boiling magma and amidst smoke, flames, scorched rocks, and clouds of noxious gases--balancing personal risk against advancing knowledge about one of nature's most dangerous and unpredictable forces. Richard Fisher, a world-renowned volcanologist, has had more than forty years of experience in the field. In this book, he blends autobiography with clear, accessible science to introduce readers to the basics of volcanology and to the wonders of volcanoes that he has studied and learned to both fear and admire.


In the course of the book, we follow Fisher as he descends into the steaming crater of the Soufri re Volcano on the island of St. Vincent, as he conducts research on lava flows on the desolate south shore of the Island of Hawaii, and as he struggles to understand the explosion at Mount St. Helens. We learn about his pioneering work on pyroclastic flows and surges--the hurricanes of gases, molten lava, and volcanic debris that cause most of the death and destruction when volcanoes explode. He tells of solving a historic scientific problem at Mount Pelee, Martinique, where 29,000 people were killed in a pyroclastic flow in 1902. Fisher also offers a volcanologist's view of the explosion of Mount Vesuvius that devastated Pompeii and Herculaneum. He writes about the cultural rewards and challenges of conducting research in isolated areas of such countries as Argentina, Mexico, and China. And he discusses the early influences that steered him toward volcanology--including his army experiences as a witness to two atom-bomb explosions at Bikini atoll.

Out of the Crater is written in an inviting, nontechnical style. With its deft combination of personal stories and scientific information, it is an inspiring account of a remarkable life and a compelling examination of some of the most spectacular forces shaping the face of the Earth.

Richard V. Fisher: Richard V. Fisher is Professor Emeritus of Geological Sciences at the University of California, Santa Barbara, where he has taught and researched since 1955. In 1997, he was awarded the Thorarinsson Medal, the highest honor of the International Society of Volcanologists. Fisher is the coauthor, with Grant Heiken and Jeffrey B. Hulen, of Volcanoes: Crucibles of Change (Princeton). He also wrote Pyroclastic Rocks with H.-U. Schmincke and coedited Sedimentation in Volcanic Settings with G. A. Smith.