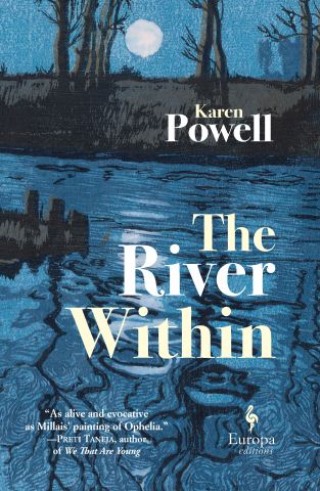 A novel about infatuation, class, and obligation, The River Within will take its place as a classic in a tradition of English fiction that takes in Thomas Hardy, Graham Swift, and Helen Dunmore.

It is the summer of 1955. The body of Danny Masters is found by three of his friends in the river that runs through Starome, a village on the Richmond estate in North Yorkshire.

Alexander, one of the three friends that found Danny and the sole heir to Richmond Hall, has always been unpredictable but lately he has grown elusive, his behaviour becoming increasingly erratic. His mother, Lady Venetia Richmond, is newly widowed and too busy trying to keep the sprawling family estate together to worry about Alexander, though she could use his help.

A second friend, Lennie Fairweather, “child of nature” and daughter of the late Sir Angus Richmond’s private secretary, has other things on her mind too. In love with Alexander, she longs to escape life with her over-protective father and domineering brother, Tom, who was also there when Danny’s body was discovered.

In the weeks that follow the tragic drowning, the river begins to give up its secrets. As the circumstances surrounding Danny’s death emerge, other stories surface that threaten to disrupt everybody's plans and to destroy an entire way of life.

Karen Powell was born in Rochester, Kent. She left school at 16 but returned to education as a mature student to study English Literature at Lucy Cavendish College, Cambridge. She lives in York with her husband and daughter.