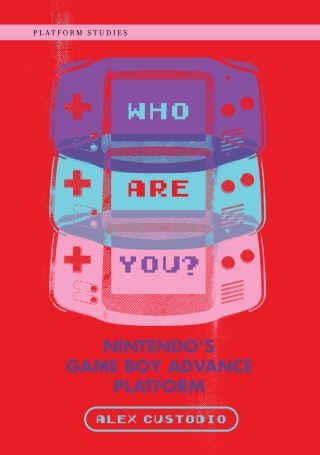 The Game Boy Advance platform as computational system and cultural artifact, from its 2001 release through hacks, mods, emulations, homebrew afterlives.

In 2002, Nintendo of America launched an international marketing campaign for the Game Boy Advance that revolved around the slogan "Who Are You?"--asking potential buyers which Nintendo character, game, or even device they identified with and attempting to sell a new product by exploiting players' nostalgic connections to earlier ones. Today, nearly two decades after its release, and despite the development of newer and more powerful systems, Nintendo's Game Boy Advance lives on, through a community that continues to hack, modify, emulate, make, break, remake, redesign, trade, use, love, and play with the platform. In this book Alex Custodio traces the network of hardware and software afterlives of the Game Boy Advance platform.