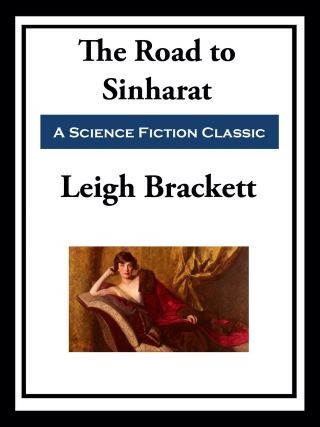 The people of Mars were perverse. They did not want Earth’s proffer of rich land, much water, new power. They fought rehabilitation. And with them fought Carey, the Earthman who wanted only the secret that lay at the end of the road to Sinharat. Leigh Brackett was the undisputed Queen of Space Opera and the first women to be nominated for the coveted Hugo Award. She wrote short stories, novels, and scripts for Hollywood. She wrote the first draft of the Empire Strikes Back shortly before her death in 1978.

Leigh Brackett: Leigh Douglass Brackett (December 7, 1915 – March 18, 1978) was an American writer, particularly of science fiction, and has been referred to as the Queen of Space Opera.