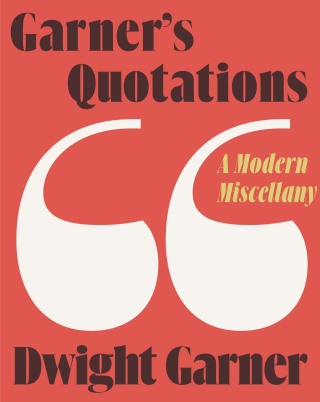 A selection of favorite quotes that the celebrated literary critic has collected over the decades.

From Dwight Garner, the New York Times book critic, comes a rollicking, irreverent, scabrous, amazingly alive selection of unforgettable moments from forty years of wide and deep reading. Garner’s Quotations is like no commonplace book you’ll ever read. If you’ve ever wondered what’s really going on in the world of letters today, this book will make you sit up and take notice. Unputdownable!